To share your memory on the wall of Mark Hoag, sign in using one of the following options:

Provide comfort for the family of Mark Hoag with a meaningful gesture of sympathy.


He was born in Pittsfield on March 19, 1956 to Paul and Janet Minkley Hoag. Mark was a 1974 graduate of Wahconah Regional High School and attended Berkshire Community College Fire Science Program.


He married the former Marianne Hall Harris on July 5, 2003.


At the time of his death, Mark was a self-employed contractor. He previously worked for GL&V (Former Beloit Lenox) for 26 years.


Mark was a very involved volunteer throughout his life. He served as an active member of the Chesterfield VFD; Berkshire Mountain Search and Rescue; the Dalton American Legion Riders Post 155: where he was Road Lieutenant; and Sons of the American Legion. He volunteered for Central Berkshire Habitat for Humanity; St. Steven’s Table; Damon Pond Board of Directors; and member First Congregational Church of Chesterfield. He was Retired Peru VFD: where he was a former Fire Chief; Former EMT for Hinsdale VFD and Lenox Dale VFD; Former Windsor VFD; Town of Peru Emergency Management Director; Dalton Youth Programs: Girls Soccer and Softball Coach; Dalton CRA Santa Claus; and Hinsdale Youth Center Programs.


He never met a stranger, only friends he hadn’t met yet. He enjoyed golfing, hunting with family, attending grandchildren’s sporting events, telling jokes and traveling the world.


He is survived by his parents, Paul and Janet Hoag of Windsor, MA; his wife, Marianne Hoag of Chesterfield; children, Shannon Peet and husband Sean of Peru, Beckie Collins and husband Douglas of Dalton, and Laura White and husband William of Southwick; grandchildren, Bryce, Sophia, Sean, Silas, Douglas, Edriana, Christopher, Cory, Jaiden, and Keisha; brothers, Dale Hoag and wife Judy of Middlefield, and Keith Hoag and wife Noreen of Cheshire. He is also survived by his former wife, Diane Auger Love of Peru and his beloved cat, Mr. Boots.


FUNERAL NOTICE: Calling hours will be held MONDAY, August 26, 2019 from 2:00pm to 6:00pm at the Dalton American Legion, 255 North Street, Dalton, MA, immediately followed by a brief Celebration of Life Ceremony. Bring all your favorite Mark jokes and stories to share afterwards. In lieu of flowers, donations may be made to any of the organizations above that touched your heart, in care of Dery-Foley Funeral Home, 890 E. Main St, Dalton, MA.
Read Less

We encourage you to share your most beloved memories of Mark here, so that the family and other loved ones can always see it. You can upload cherished photographs, or share your favorite stories, and can even comment on those shared by others.

Mark, Jenn, Will, Lydia & Lucas and Carl, Amber, Ella and Connor Russell have sent flowers to the family of Mark Andrew Hoag.
Show you care by sending flowers

Posted Aug 26, 2019 at 11:08am
For all your years of service to our communities, we thank you Mark. Godspeed - The Cummington Fire Association

Flowers were purchased for the family of Mark Hoag. Send Flowers

Posted Aug 23, 2019 at 11:50am
We will miss our dock time, face massages, 4 o'clock cocktails, listening to your adventures delivered with a humor and love. We loved you so much.

Posted Aug 23, 2019 at 11:43am
Marianne and Family,
Brent, Abigail, and I have many fond memories of Mark; especially fun conversations at Dale and Judy's Christmas Parties. We hope you all find comfort in knowing what a wonderful and giving man he was and all of the lives he touched. Hugs and prayers.
Brent Hoag & Chris & Abigail Parker
Comment Share
Share via:
CR

Posted Aug 23, 2019 at 09:47am
Wishing you peace to bring comfort, courage to face the days ahead and loving memories to forever hold in your hearts.

Carl, Amber, Ella and Connor Russell purchased the The FTD Comfort Planter for the family of Mark Hoag. Send Flowers 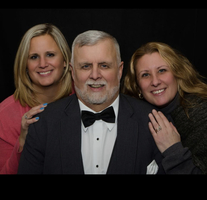 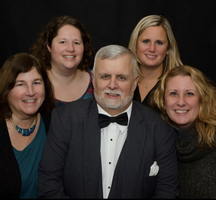