To share your memory on the wall of Vincenzo Morabito, sign in using one of the following options:

Provide comfort for the family of Vincenzo Morabito with a meaningful gesture of sympathy.

Print
Vincenzo “Vincent” Morabito, 81, formerly of 426 Williams Street, Pittsfield, died Wednesday, August 21, 2019, at Springside Nursing and Rehabilitation Center where he had resided the past three years.

Born in Bovalino Marina, province of Reggio Calabria, Italy, on March 18, 1938, the son of Vincenzo Salvatore Morabito and Carmella M. D’Agostino Morabito, he was educated in Bovalino, Italy schools.

A master stone mason by craft and trade, Mr. Morabito had been employed by Emerson Construction, Barbalunga Construction, Allegrone Construction, and Petricca Industries, as well as contractors in New York state.

He enjoyed bowling and bocce, going to casinos, gardening and making wine.

He was pre-deceased by two brothers, Domenico Morabito and Guiseppe Morabito, and three
sisters, Antoinetta Barrecca, Bettina Sculli, and Rosa Camera; as well as his best friend Antonio
Pellegrini.

FUNERAL NOTICE: Calling hours for Vincenzo “Vincent” Morabito will be held TODAY, FRIDAY, August 23, from 4:00 to 7:00 p.m. at DERY FUNERAL HOME. Funeral services will be held SATURDAY, August 24, at 8:15 a.m. from Dery Funeral Home with a Liturgy of Christian Burial at 9:00 a.m. at St. Mark Church celebrated by Rev. Christopher Fedoryshyn, Administrator. Entombment will follow in St. Michael the Archangel Mausoleum at St. Joseph’s Cemetery. In lieu of flowers, memorial contributions may be made to St. Mark Church Food Pantry in care of the Funeral Home, 54 Bradford Street, Pittsfield.
Read Less

We encourage you to share your most beloved memories of Vincenzo here, so that the family and other loved ones can always see it. You can upload cherished photographs, or share your favorite stories, and can even comment on those shared by others. 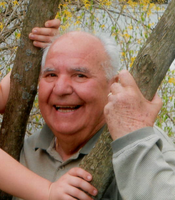