To share your memory on the wall of Thomas Carey, sign in using one of the following options:

Provide comfort for the family of Thomas Carey with a meaningful gesture of sympathy.

Tom attended Pittsfield High School and was passionate about participating in his wood shop class where he became quite knowledgeable about the different varieties of wood.

Tom resided at Union Court for 17 years, and moved to 193 Elberon Avenue in 2017. When he lived at Union Court, he visited North Street often where he was affectionately called “The Mayor of North Street”. He established wonderful relationships with local merchants and residents. Tom knew everyone, and everyone knew Tom.

When Tom was younger, he had a driver’s license and drove a burgundy Chevrolet Citation, 4—door. Tom was passionate when sharing his memories with you, and he would never run out of things to talk about. His smile would light up the whole room the minute he walked in.

When he lived at Union Court, Tom regularly attended mass at St. Joseph’s Church, and regularly observed religious holidays. Time with his family and relatives was very important to him, and he looked forward to the holidays, summer picnics, barbecues and dinners. Tom was an avid fan of “every Boston team”, but a die-hard fan of the Boston Red Sox.

What many found so striking about Tom, was his kindness and good-hearted nature. He was always concerned about others and took an active interest in what was happening in your life. Tom was a worry wart, and essentially worried about everything. This made Tom even more endearing. He was fondly referred to as a “curmudgeon” by those who had a limited view of Tom as a whole. Those who knew him well can confirm that he was most definitely a “curmudgeon”, and would give you a run for your money, but he was so much more than that. Tom’s good natured “ribbing” of others was an absolute true sign of endearment. “FREE” was Tom’s favorite number, and he would never pick up the check for anyone who was lucky enough to go out to lunch or dinner with him. Tom was a man of simple tastes, and preferred going out to local restaurants, instead of grocery shopping. He loved going to Bob’s Country Kitchen in Lanesborough, and always ordered their famous long hot dog with relish, mustard and baked beans with ketchup…again it was always FREE.

He enjoyed listening, and watching the news. He would always ask what the temperature was outside, and proceed to tell you that he’d rather stay home and watch the news.

He genuinely cared about others, and if you were so fortunate to be so close with him, he would tell you that he loved you. If he knew that he said something hurtful, he would always say “I shouldn’t have said that. I’m sorry.” Tom loved chocolate ice cream and fudge pops. He never failed to have one or the other on a daily basis.

Tom was predeceased by his parents, and leaves behind his cousins, Jeanne Morin, Douglas Shepard, Kenneth Shepard and Geraldine Barbuto, and many other relatives. He also leaves behind long time friend, Chris Symanowicz, Theresa White, Jonathan Crawford, Caroline Eldred, all of the staff at Rose Manor; Tom’s Hospice team, and Sopheary Din who devoted so much of their time genuinely taking care of Tom. As well as his Berkshire County ARC family who will miss his sense of humor, and contagious smile. He was quite the character, and we will all miss him dearly.

FUNERAL NOTICE:
Services will be held Wed., June 5th at 1pm at Dery Funeral Home. Burial to follow at St. Patrick’s Cemetery in W. Stockbridge. Calling hours will precede the service from 12-1pm. In lieu of flowers, contributions may be made in his name to Berkshire County ARC in care of Dery Funeral Home, 54 Bradford Street, Pittsfield.
Read Less

Donations are being accepted for: BERKSHIRE COUNTY ARC INC.

We encourage you to share your most beloved memories of Thomas here, so that the family and other loved ones can always see it. You can upload cherished photographs, or share your favorite stories, and can even comment on those shared by others. 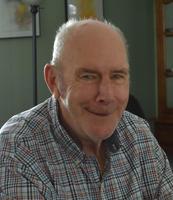