To share your memory on the wall of Sally Cornwell, sign in using one of the following options:

Provide comfort for the family of Sally Cornwell with a meaningful gesture of sympathy.

Sally and Bruce Melvin Cornwell were married in 1950. Together they had 6 children and adopted 2 more.

Sally was a communicant of St. Patrick's church in Hinsdale and St. Agnes church in Dalton and had many friends that she considered family through her involvement at the church.

Sally was mostly a homemaker, briefly working as a school bus driver, and quickly finding her passion by becoming a foster parent. She worked with local organizations and was very highly regarded as the go to foster Mom for children with special needs. She always had a bed and a crib ready with all sorts of clothing, toys and supplies so that she was ready for anyone in need. Sally loved all children and fostered many dozens of needy children over the years eventually adopting two boys that made an everlasting mark on her heart. These two boys are now men and are forever a part of the family.

Sally enjoyed her home and her extensive and loving family. Her door was always open as well as her heart and her ears. You would often find her in the kitchen making something delicious to share.

She was predeceased by her husband Bruce Melvin (2013) and her daughter Mary Geralyn (2015) and son in-law Michael Goerlach (2014), and her brothers Thomas and James Fox.

She leaves behind a sister in law "Aunt Chick" Fox.

A Celebration Mass will be held at a later date.
Read Less

We encourage you to share your most beloved memories of Sally here, so that the family and other loved ones can always see it. You can upload cherished photographs, or share your favorite stories, and can even comment on those shared by others. 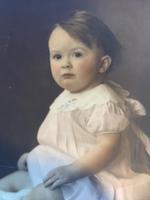 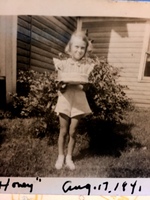 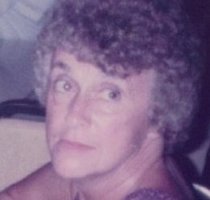