To share your memory on the wall of David Healey, sign in using one of the following options:

Provide comfort for the family of David Healey with a meaningful gesture of sympathy.

Print
David William Healey Jr, 39, passed away unexpectedly on June 4th, 2019 during a brief stay at Berkshire Medical Center. He was born on June 26th,1979, the son of Nancy Burkholder Searing.

Dave had strong passion for painting. From pain... Read More
David William Healey Jr, 39, passed away unexpectedly on June 4th, 2019 during a brief stay at Berkshire Medical Center. He was born on June 26th,1979, the son of Nancy Burkholder Searing.

Dave had strong passion for painting. From painting houses as his daily work to inspiring others with his graffiti art. Whether it was inside the walls of the local Boys & Girls Club to anywhere he could get permission throughout the streets of Pittsfield. Dave was widely known by his nickname MAD ART and had a large role in the artistic and musical community, more recently with none other than the MAD CREW. He surely was the "ARTYSTIK" one. Everyone who knew Dave knew of the strong bond he shared with his children, whether it was through sharing the same passion for art, music, nature, video games, spirituality etc. One thing he was most excited about was becoming a grandfather to his first grandchild Maverick. He spent most of his days painting, spending time with his youngest son Chayse and documenting all of his spontaneous adventures.

Dave is predeceased by his younger sister: Amy Burnell; his nephew: Sean Borden; and his stepfather: William Borden Sr.; He is survived by his daughter: Casidy Starbird-Healey and her fiance Corey Phillips; his grandson: Maverick Phillips; his two sons: Troy and Chayse Healey; his brother William Borden Jr. and his wife Coya; his step sisters: Chris, Amy, And Pam Borden; his paternal sister: Angela; his many Aunts, Uncles, Nieces, and Nephews: his Soul Mate: Nicci Starbird; and his MAD CREW family. Dave is very loved and will be missed by many.

" THE SKY IS YOUR CANVAS NOW, AND HEAVEN IS YOUR PAINT"

We encourage you to share your most beloved memories of David here, so that the family and other loved ones can always see it. You can upload cherished photographs, or share your favorite stories, and can even comment on those shared by others.

Chuck and Lynn Baumgartner sent flowers to the family of David William Healey.
Show you care by sending flowers 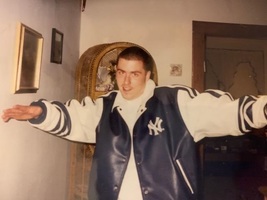 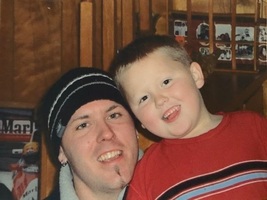 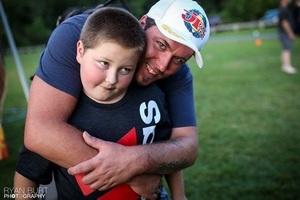