To share your memory on the wall of Edward Van Dyke, sign in using one of the following options:

Provide comfort for the family of Edward Van Dyke with a meaningful gesture of sympathy.

Upon retirement from the military, Ed turned to hospital administration and was hired at St. Luke's Hospital in Pittsfield, MA. Over the years and mergers, he became senior vice president at the Berkshire Medical Center. He had responsibility for the introduction of many innovative programs in radiology, cardiology, oncology and nuclear medicine.
After 16 years at Berkshire Medical Center, Ed retired a second time to act as a management consultant to two hospitals, and Director of Planned Giving at Berkshire Health Systems. During this time, he was a United Way board member and president. He also received the Thomas F. Clooney and Gladys Allen Brigham awards for community volunteerism. Ed has been a member for 41 years at St. Stephen’s Episcopal Church in Pittsfield, also acting as lector and lay Eucharistic minister.
Ed and Marjorie moved to Kimball Farms, in Lenox, MA, 19 years ago. Ed took on the presidency of the Residents’ Association and chair of the Men’s Forum which brought speakers from all over Berkshire County to Kimball Farms. The couple kept up with their traveling while retired, visiting Greece, Malta, Scandinavia, France, Monaco, Vienna, Nova Scotia and Prince Edward Island, to name a few. They also visited many areas in New England with their Gourmet Group and long-term Pittsfield friends.
An active YMCA member for many years, Ed and Marjorie worked out three times a week on the treadmill and weights. He loved golf and was a member of the Country Club of Pittsfield for many years. Downhill skiing was the next best thing to flying for him. He had a season ski pass to Jiminy Peak well into his eighties, although the family was pleased that he didn't use it during the last few years.
He was a force to be reckoned with and made an impact on many lives. We love you and miss you, Ed, Dad, Pops, Father Dear, Grandpa, Sir! Fly high!
Please do not send flowers. Instead, please consider continuing Ed's legacy of service by making a memorial donation to St. Stephen’s Episcopal Church, Berkshire United Way, Berkshire Medical Center or Kalamazoo College.
Funeral arrangements by Dery Funeral Home, Pittsfield. Calling hours will be held on Friday, August 16 from 5-7 p.m. at St. Stephen’s Episcopal Church. A Memorial Service will be held at the church on August 17, 2019 at 11:00 a.m., followed by interment of his ashes in the St. Stephen’s Columbarium.
Read Less

We encourage you to share your most beloved memories of Edward here, so that the family and other loved ones can always see it. You can upload cherished photographs, or share your favorite stories, and can even comment on those shared by others. 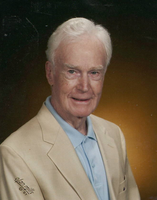