To share your memory on the wall of Carol Lyons, sign in using one of the following options:

Provide comfort for the family of Carol Lyons with a meaningful gesture of sympathy.

Mrs. Lyons was a native of North Adams, MA, moved to Lafayette for ten years, returned to M... Read More
Carol Gamache Lyons, age 88, the former Carol Gamache Moreau, passed away Monday, May 20, 2019 at her son’s residence in Broussard, Louisiana.

Mrs. Lyons was a native of North Adams, MA, moved to Lafayette for ten years, returned to Massachusetts, and was again a resident of Lafayette from 2013. She was a devout Catholic and was a parishioner of St. Elizabeth Seton Catholic Church. She was particularly devoted to the Holy Mother and prayed the rosary daily. Ms. Carol enjoyed dancing, music, and playing the piano.

Survivors include one son, Robert "Bob" Gamache and his wife, Bobbie, of Broussard; two daughters, Susan Hargrave and her husband, Danny, of Lafayette, and Michelle Horton Meaux of Erath; one brother, Lynard Moreau of Lemoore, CA; one sister, Madelyn Perras of North Adams, MA; nineteen grandchildren; many great-grandchildren and great-great-grandchildren; and numerous nieces, nephews, relatives and friends.

She was preceded in death by her first husband, of eleven years Joseph Gamache; her second husband of seventeen years, Edward Lyons; two sons, Ronald Gamache and his wife, Sandra, and Neil Gamache; her parents, Alfred Moreau and the former Florence Blair; and one sister-in-law, Suki Moreau.


FUNERAL NOTICE: There will be a graveside service held Wednesday, May 29, 2019 at 11:15am in Cheshire Cemetery, officiated by Rev. Matthew Guidi, Pastor of St. Mary of the Assumption Church. Calling hours will precede the graveside service from 10:00am to 11:00am at DERY-CHESHIRE FUNERAL HOME, 121 N. State Rd, Cheshire, MA. In lieu of flowers, memorial contributions may be made in her name to the Cheshire Fire Department or the American Cancer Society in care of the funeral home.

We encourage you to share your most beloved memories of Carol here, so that the family and other loved ones can always see it. You can upload cherished photographs, or share your favorite stories, and can even comment on those shared by others. 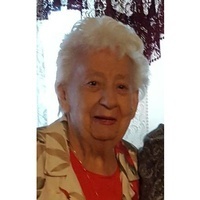